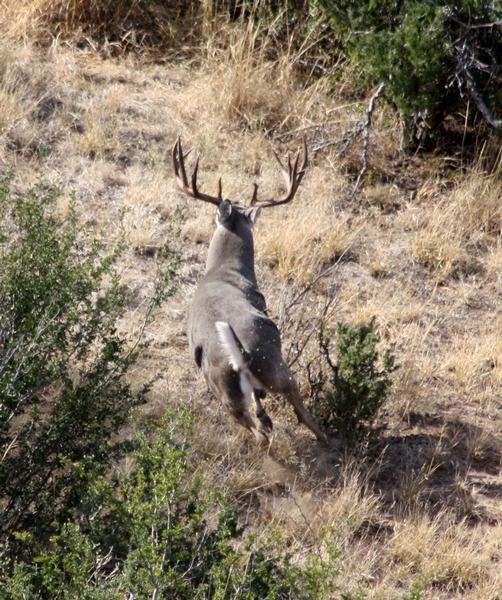 Deer surveys come in many forms, but it is up to the individual manager to decide which method is best suited for the particular property and needs. Habitat type, topography, expense, and vegetation density are primary factors influencing the decision as to the type of census one should use.

A deer census is a necessity if improving the quality of your deer herd is a goal. It is a basic concept: you must inventory what you currently have in order for you to apply any management techniques that will aid you in ultimately reaching your goals and objectives.

Census techniques commonly used in Texas include Hahn walking line, driving/cruising census, spotlight count, deer track counts, and aerial helicopter census. Some of these methods are specialized for different regions, and all have their limitations. No survey method available today will yield 100% accurate data. Working with animals as mobile and secretive as deer, a manager should understand the limitations of any census method. Data collected from a deer census is an estimate of herd composition, and should be treated as such.

Deer surveys most commonly used in Central and South Texas include the spotlight count and aerial helicopter census. Spotlight counts involve three people-one driver and two observers- driving on a preselected route through a given area that is representative of the property. Deer encountered within the spotlight’s range are identified along the entire route. Acres of visibility are also taken at give intervals while driving. The deer encountered and acres observed represent only a portion of the total acreage, therefore the data must be extrapolated to the entire property. Because of the variability of the method, it is recommended that the spotlight count be performed a minimum of three separate times and the numbers averaged together. The spotlight count method is considered cheaper economically, but more labor intensive than the aerial helicopter method.

The aerial helicopter census provides the most accurate survey data, especially for low brush areas such as south, north and western Texas counties. Although this method is not totally accurate (research has shown it to range from 25 to 75 percent accurate) research has also shown it is the most accurate and consistent of the above mentioned methods.

Helicopter surveys are flown in transects. Total counts are considered the best when conditions allow. Total counts involve flying in a systematic transect that allows the entire property to be completely observed. On larger properties, individual pastures are flown separately and usually treated as individual management units. Due to the versatility of the helicopter, observers can learn more about an area in a shorter period of time than by any other census method. This method provides better sex ratio data and fawn survival estimates because it allows the observer to see a large number of animals in a short period of time. The helicopter survey method is considered the most expensive method economically, but is less labor and time restrictive than the spotlight count method.

With new technology come new ideas. There are now motion-detection and infrared-triggered cameras and video cameras available on the market to help survey a deer herd. These cameras are mounted near a feeding, watering, or traveling area and each time an animal enters the proximity or breaks the infrared beam, a flash photo or video footage is produced of that animal. Research is currently underway to establish if such devices can be accurately utilized to survey wild game animals. The information gathered proves very useful to observe individual animals and to gather ratio information. You will also need multiple units in order to get a fair assessment of your acreage.

As mentioned earlier, all census methods have advantages and disadvantages, and as yet, no method has a 100% success rate. Any census is an estimate of the true population. Whatever census method is chosen, in order to maintain year-to-year comparability of estimates, it is important to perform the census in the same way each time. Since the census is a sample–an estimate of the true population, the accuracy of the estimate can be improved by repeating the survey several times and averaging the resulting observations.